The Solar Pathfinder is a must have piece of gear for every installer's tool kit! —Joe Schwartz CEO & Tech Editor of HomePower Magazine

In the early 1970’s, an oil embargo and a developing earth-friendly attitude prompted the creation of solar tax incentives. Federal and State legislation was passed to encourage renewable fuel production and to fund research on developing ethanol, biodiesel, solar, and wind power. This produced a blossoming solar market with a promising future. This “new” market stimulated many inventive ideas, one being the Solar Pathfinder. 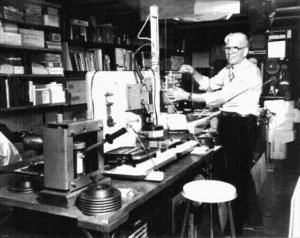 Bernie working in his garage

The inventor of the Solar Pathfinder, Bernard (Bernie) McGrew Haines, received a B.S. in Chemistry from Adrian College and a M.S. degree from Miami of Ohio. His career included an array of scientific activities (including teaching), culminating in his dream of becoming a free-lance inventor and scientist. As a long-time solar enthusiast, he invented the SolarPathfinder in 1978. 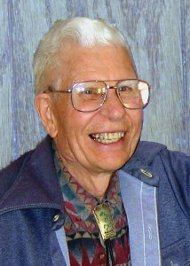 Regarding the invention of the Solar Pathfinder, Richard Perez stated, “Bernie’s manufacturing techniques are a symphony of basic physics applied to hardware store materials. Bernie saw a clear need and invented a product to fill that need. The fellow deserves some kind of award for forward thinking and design. Not only does his device work great, but it's easy to use, accurate, ruggedly built, and just plain ingenious” (Richard Perez,Home Power #26,1992).

In 1992, the Solar Pathfinder business was sold to Cliff Millsapp and relocated to his shop in South Dakota. The business steadily grew during a time when the focus of federal energy policy shifted from price and allocation regulation, to reduction of fossil-fuel consumption, in order to address ozone formation, acid rain, and climate change. The specialized manufacturing equipment used to create the Pathfinder could be easily relocated and since the sales of the Pathfinder units, primarily mail order at the time, patterned the growth of the industry changes, the transition to a new location was a smooth one. Cliff recounts the transition in the following statement: 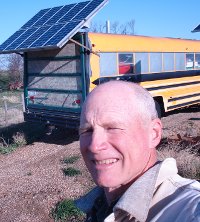 “When I bought the business, I wanted to get involved in the solar industry. We were living in South Dakota, quite distant from where solar was starting to take off again after its major collapse through the early 1980's. Bernie wanted to be free to work on other inventions during his later years. My wife and I coudl run the business while I worked at the National Weather Service through the 1990’s.”

The Solar Pathfinder Company advertised almost exclusively in the Home Power Magazine during this period of modest solar growth. However, Home Power’s readership expanded around the globe, resulting in wide-spread exposure for the Solar Pathfinder unit. The diagrams to cover all the reasonably habitable latitude bands where created during the those years. The business would move eventually to middle Tennessee before the end of the decade. 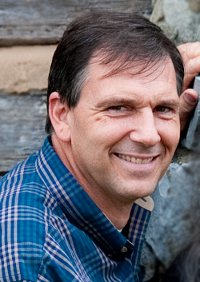 In April 2003, Anthony Courter purchased the Solar Pathfinder with a vision to enhance its functionality for the 21st century. The initial plan included a software that would do all of the manual calculations. Sales increased beyond expectations in the first year so all the manufacturing and assembly processes were updated to keep up with the demand from the solar industry. This shift in demand, however, would not distract from the company’s ultimate focus as Anthony states in the following:

“It has always been my goal to keep this a family-owned business that is manufactured in America. I encourage the individual character of the people(and their families) who work for Solar Pathfinder. That in turn rolls into quality customer service and a quality product for the consumer.”

The Solar Pathfinder unit and software have been an integral part of a global solar community for years. Continuing our advance to meet the ever changing industry, Solar Pathfinder recently released PV Studio, a robust design software to aid installers in planning efficient PV systems. The SolarPathfinder Thermal Assistant software dovetails the shading information of the SolarPathfinder with local weather info and F-Chart algorithms to aid solar thermal installers. Researchers, Educators, and Professional Installers are all benefiting from the cost effective, efficient packages. Thank you for being a part of our history. We are excited about growing with our customers!

We are proud of the fact that our product was and still is a US product. Read our all-American story